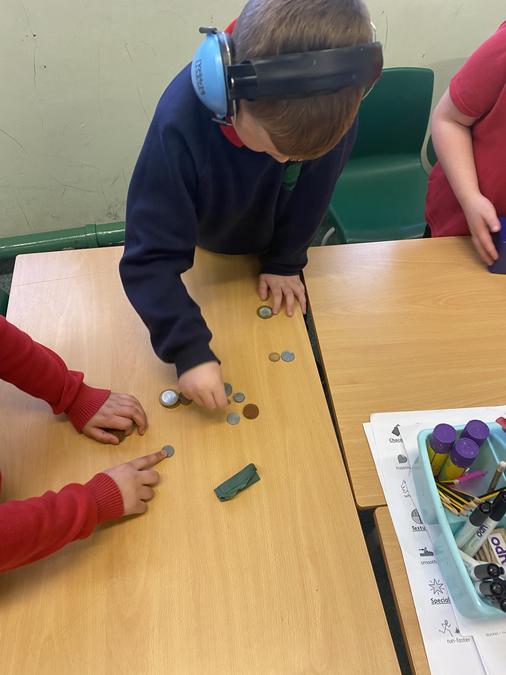 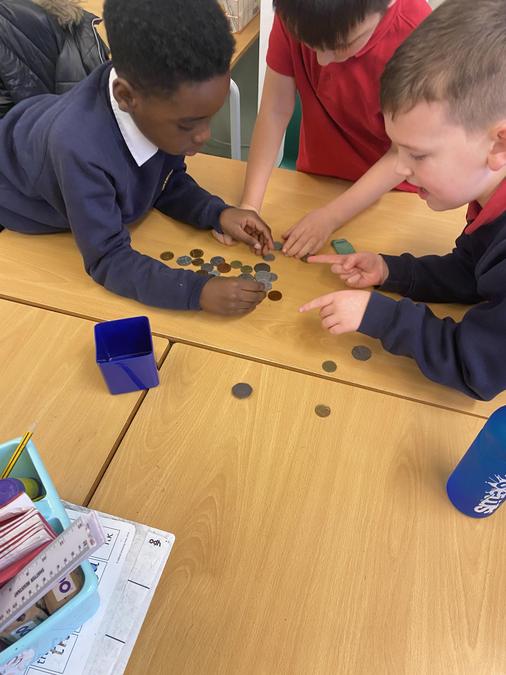 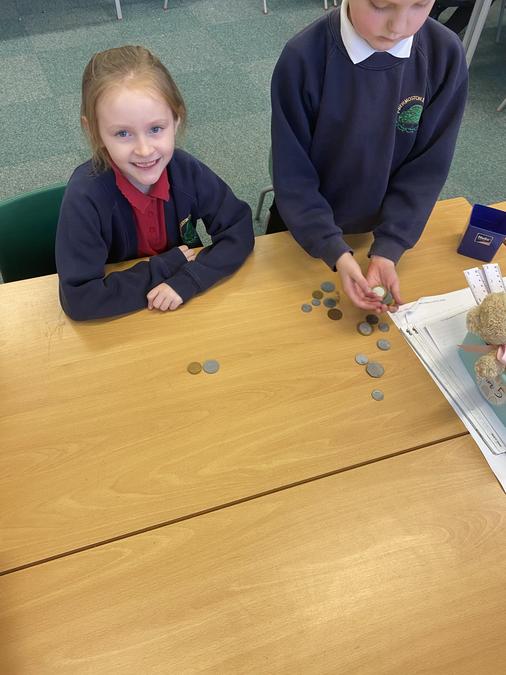 For the past 2 weeks we have been learning about how to use money. We now understand which coins and notes are in use in the UK and can name and label them. We can find the right coins to make an amount, we can add together items to find a total amount and we can now calculate the change we need!

Keep on practicing at home, if you go to the shops, can you total the items you want to buy? Can you figure out how much change you should receive?

This term we are learning how to be bright sparks! This means that we will be focusing on light and electricity. In todays lesson we built and tested electrical circuits. We made predictions about which circuits would work and fail then tested out our circuits to see if our predictions were correct. We learned that in order for electrical current to flow around a circuit, the circuit must be closed.

This week we have been learning about the history of the gunpowder plot and why we celebrate Bonfire night. Today we spent the afternoon creating beautiful fireworks artwork. We begun by collecting twigs and leaves from outside, which we then dried in class whilst we created our oil pastel firework pictures. We considered which colours would stand out on the black background and imagined different shapes for our fireworks. Finally we created bonfires from the twigs and leaves we collected. We are so proud of the final results.

For Black History Month we have been learning about famous Black figures in history. Children learned about famous musicians in school and researched other important Black figures for their homework. We have learned about the inequalities that used to exist in society and inequalities that still exist today. The children had some strong feelings that they shared about the issue. I am really proud of the maturity and empathy the children have shown this week. 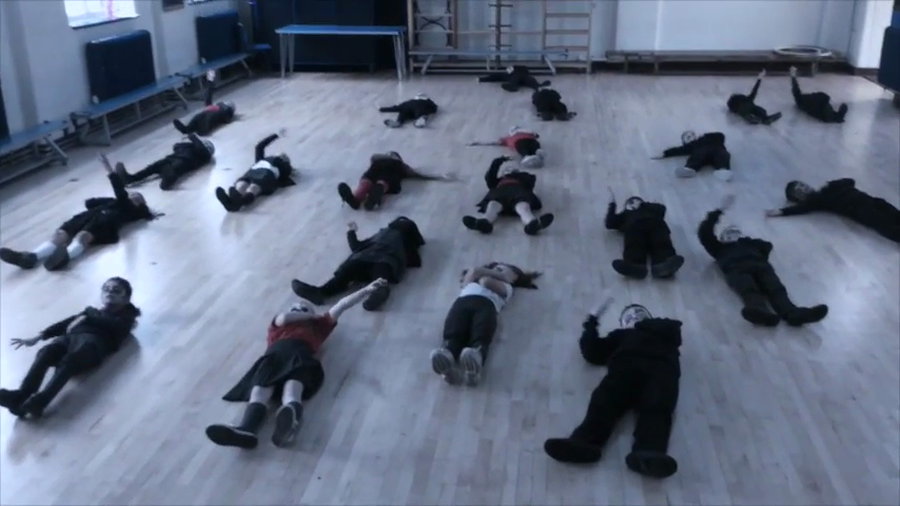 We have been working on a spooky dance in our PE slots since the start of the year! We worked hard to practice all of the steps until we knew them perfectly. We also made up small group routines independently. This week we did our own zombie makeup and filmed our final performance. We hope you enjoy watching it as much as we enjoyed making it!

Battle of Boudicca vs the Romans

We have been continuing our Roman History topic. This week we recreated the battle of Boudicca vs the Romans! We created our own shields in an art lesson, the red shields were used by the Romans and the celtic design shields would be used by the people of the Icini tribe. Some children wore costumes so we could tell they were playing the parts of Boudicca, the Roman Emperor and the Roman General. Did you know that Boudicca's army was ten times the size of the Roman army? However, despite the Roman army being smaller, it was more skilled and the Roman's still were victorious! Boudicca could not accept defeat and chose to drink poison rather than live under Roman rule. As you can see, we had a lot of fun recreating this famous battle!

This afternoon we started work on some beautiful Roman Mosaics. We used black paper and drew designs of aqueducts, volcanoes (Mount Vesuvius), and Roman roads. Then we cut paper into small pieces (it didn't matter if it was uneven because the Romans had to chisel stones into tiny pieces to create theirs). We are really pleased with how they are turning out and will continue to work on them next week! 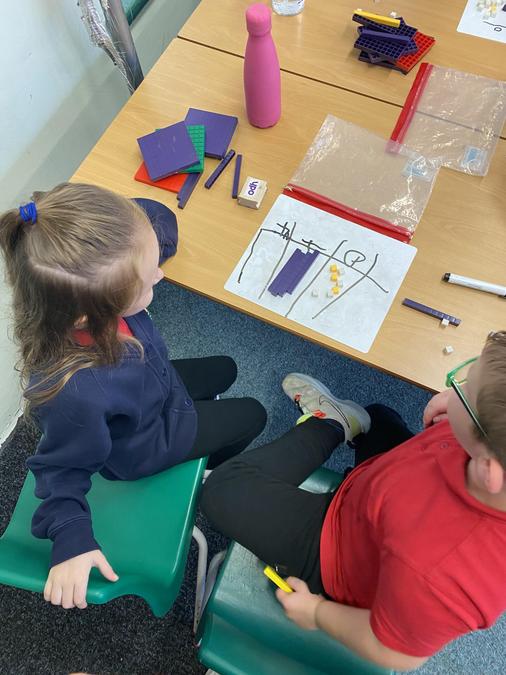 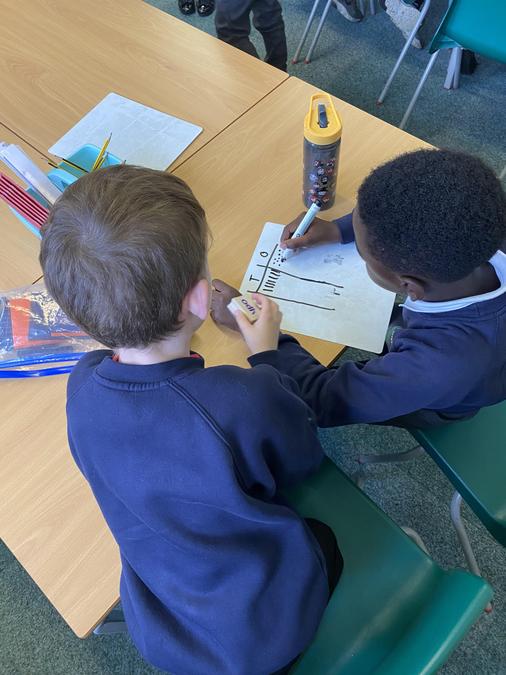 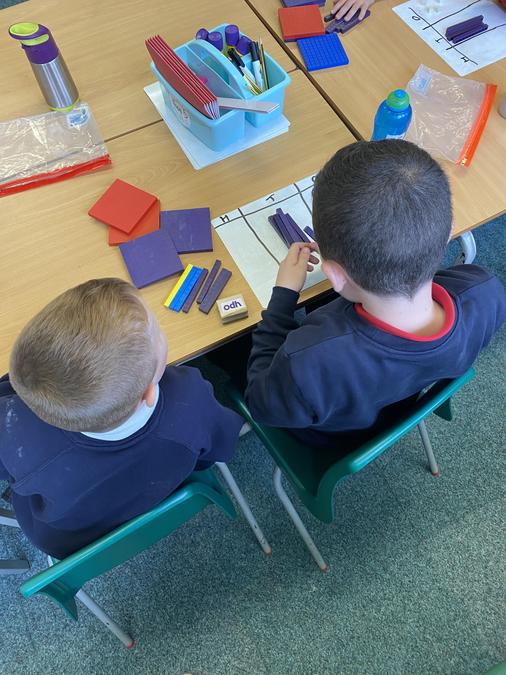 This week in Pine class, we have been learning different addition methods. The children have done brilliantly, we started the week using base 10 to add together two-digit numbers and we have built up the difficulty over the course of the week. Today we learned how to add numbers together renaming 10 ones as 1 ten! Some children moved on to represent the hundreds, tens, and ones by drawing them into place value columns. A few even managed to use column addition. It was quite tricky at first but the children persevered and felt very proud when it all started to click, I'm so proud of them too!